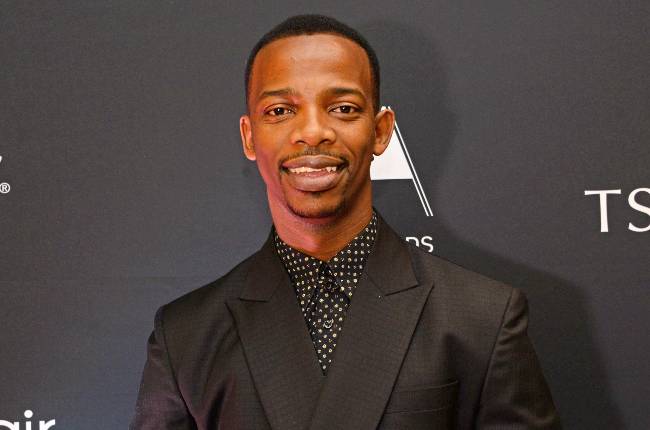 It has been said – and rightly so – that death is inevitable. But how soon death strikes, how it strikes and who it strikes might make the difference for most. For South African musician Zakes Bantwini, death struck recently.

The celebrated DJ and producer lost his father and was lost for words sharing the news of the demise. He merely shared an all-black image. For a caption, he merely used the image of a dove with an olive on its beak. But the message was clear enough.

It is this, there is grim news in the family. In the comment to his post, his wife Nandi Madida, an actress, noted that he was good to his father while he was on the material plane, and should take comfort in the fact that he made his father’s stay on earth worthwhile.

He also described Zakes as a great son to his father. you can check out the post below. 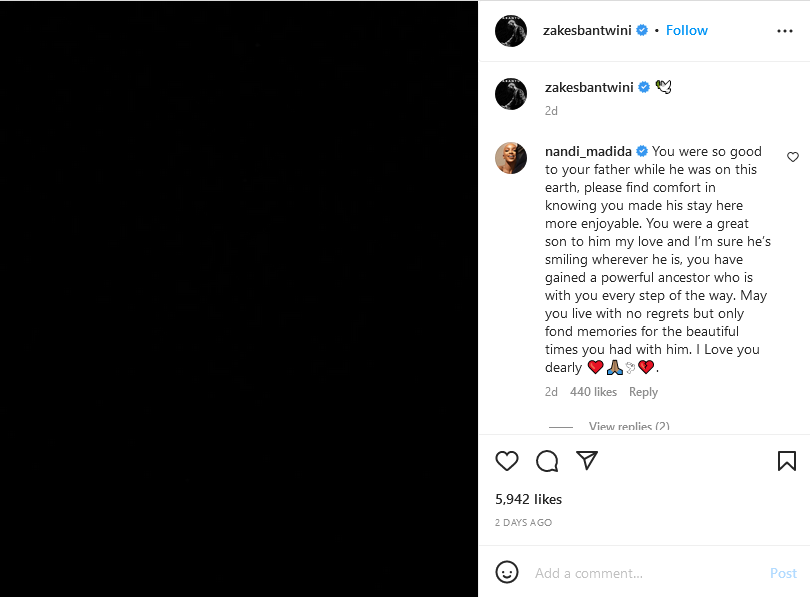 In a different post shared on her verified Instagram page, Nandi Madida also acknowledged her father-in-law’s passing while noting he was kind to her while alive. He made her feel like her “daughter in love.”

She pointed out his humorous side and thanked him for welcoming her warmly to the family.