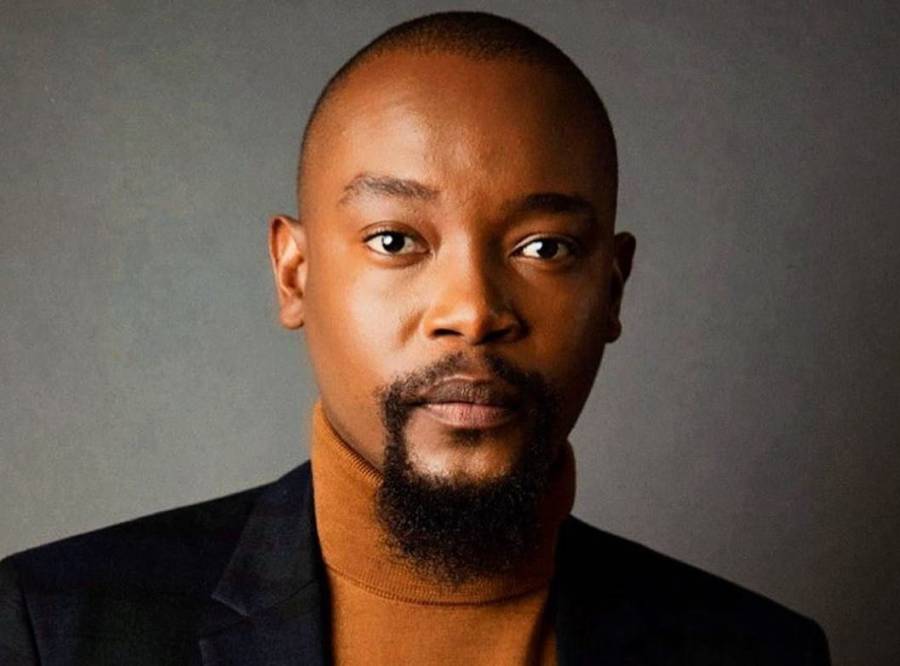 South African media personality Moshe Ndiki has given clues on how celibacy has enabled him to achieve the things he wanted. He made this known in a recent tweet, which attracted the attention of his fans and followers.

Moshe Ndiki had loved and lost. He was once in a relationship with Phelo Bala, but it ended amid abuse allegations.

In a tweet, though, the media personality dwelled on the letters of love, noting that he admires people who give love a chance, although it might not be with the same person. Having loved and lost, he should know, perhaps.

In a follow-up tweet, he had dwelled on his celibacy journey while at the same time talking about energies that don’t align with him and why he is better off keeping his energies to himself and to hopping into anything that might turn out a misalignment.

He also touched on how, thanks to celibacy, he was able to achieve a lot f things. you can check out the tweets below. 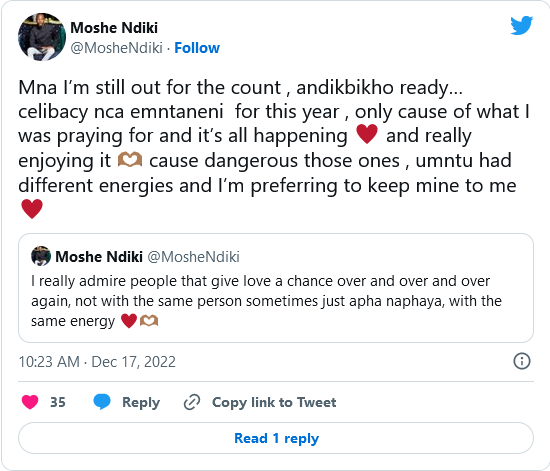 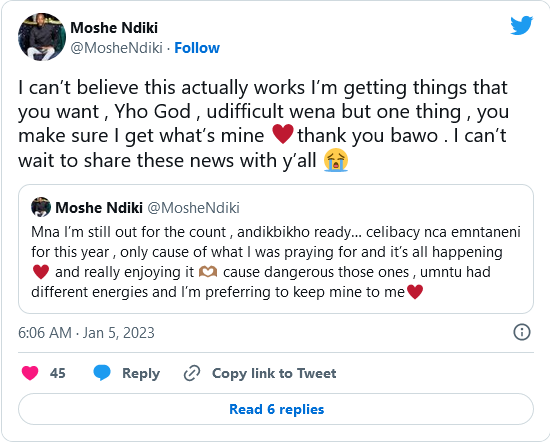 Most of those who interacted with the tweet noted that they would want to try something similar to see how it works for them. Some said they would follow his example if it would work for them.