A little drama played out again between South African singer Master KG and his longtime girlfriend Makhadzi after a tweet popped online from Makhadzi’s account sharing master KG’s phone numbers and claiming that he cheated on her with two Tswana ladies.

The drama took another turn after Master KG popped into Facebook, where he posted that he had his “queen” Makhadzi were no longer together but will continue working together as friends to entertain their fans.

Reacting to Master KG’s post, Makhadzi noted that the singer must have made a typing error – that he actually wanted to tell fans that he loves her and couldn’t wait to come to her show. 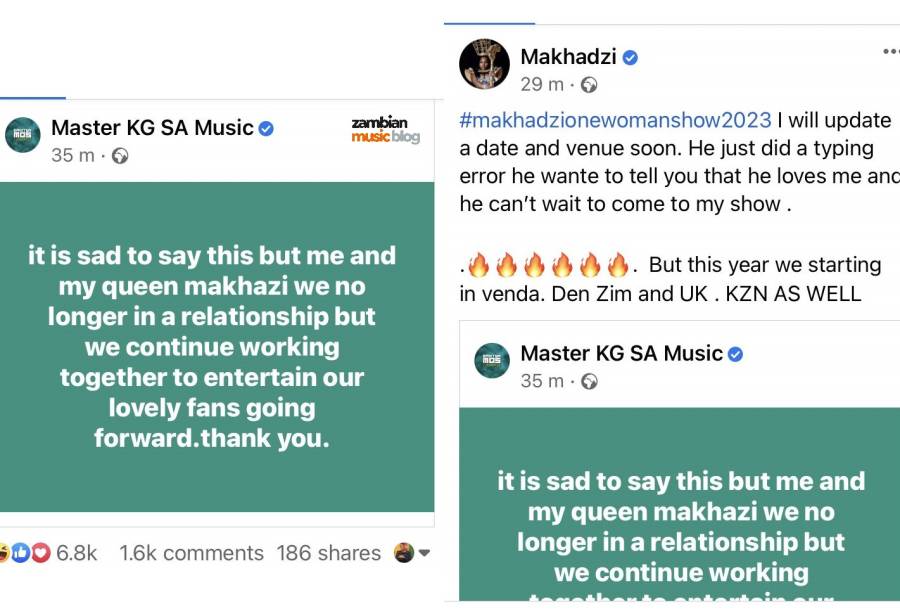 Asked on Instagram if he had any idea who was behind the post on Makhadzi’s page, the “Jerusalema” hitmaker responded that he really doesn’t know.

This isn’t the first time the couple has split, though, which is why the current alleged split has generated great interest. They had gone their different ways previously but linked up again – to the annoyance of most of Makhadzi’s fans, who didn’t want her to get back with him.