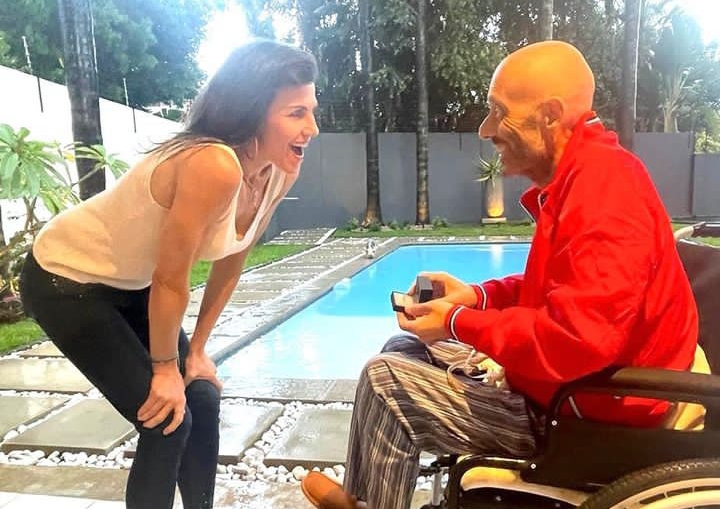 Mark Pilgrim shares a heartwarming photo after popping the question to his girlfriend.

Love is a beautiful thing. We always get excited to see our faves get off the market. Legendary radio presenter Mark Pilgrim may be battling cancer, but it won’t stop him from doing the things he loves the most.

The famous radio star shared photos of himself with his girlfriend revealing that he popped the question. He shared that her girlfriend, Adrienne Watkins, has been a supportive partner since his battle with cancer began. Pilgrim was diagnosed with stage 4 lung cancer in June 2022. He has since been in and out of the hospital. But his girlfriend, Adrienne, has not left his side.

Pilgrim shared a photo of himself after popping the question. In a separate post, he revealed that he dedicated a whole video to her in which he documented his journey with cancer. The radio star wrote, “In my latest video, I pay tribute to Adrienne, who is #MadeStrong and stands alongside me every single day on my journey to health.”

Pilgrim has been through it. He was released from the hospital after 64 days there. According to him, he went through seven procedures and lost 15kg. “But nothing beats the healing power of being home with loved ones, doggies, the fresh air, and the garden. ✨”