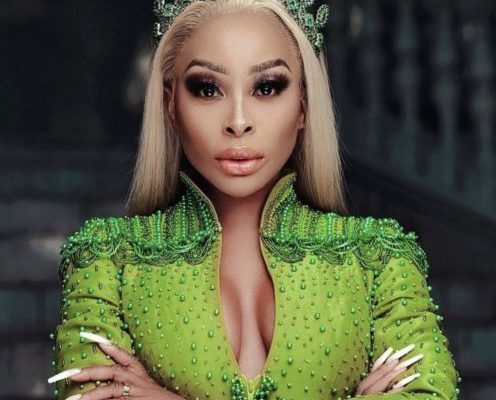 Mzansi star Khanyi Mbau met a castmate from Real Housewives Of Dubai, and Mzansi can’t stop talking about it.

Khanyi Mbau is rolling with the big dawgs, and she knows it. The reality star and actress has been living her best life with her Zimbabwean fiancé Kudzai Mushonga. We get glimpses of it through her social media pages.

Khanyi spent some time with her man in Dubai and mingled with the rich and famous. She shared a video showing her with reality star Chanel Ayan, best known for the “Real Housewives Of Dubai” show. The video has gotten so much love from the fans.

They took to the comments section to hail her for vibing with prominent people. Some fans replied, saying that she deserved to be in those circles. The Mzansi star has gained praise for appearing on the hit show “The Wife” on Showmax and Netflix’s “Young, Famous & African.”