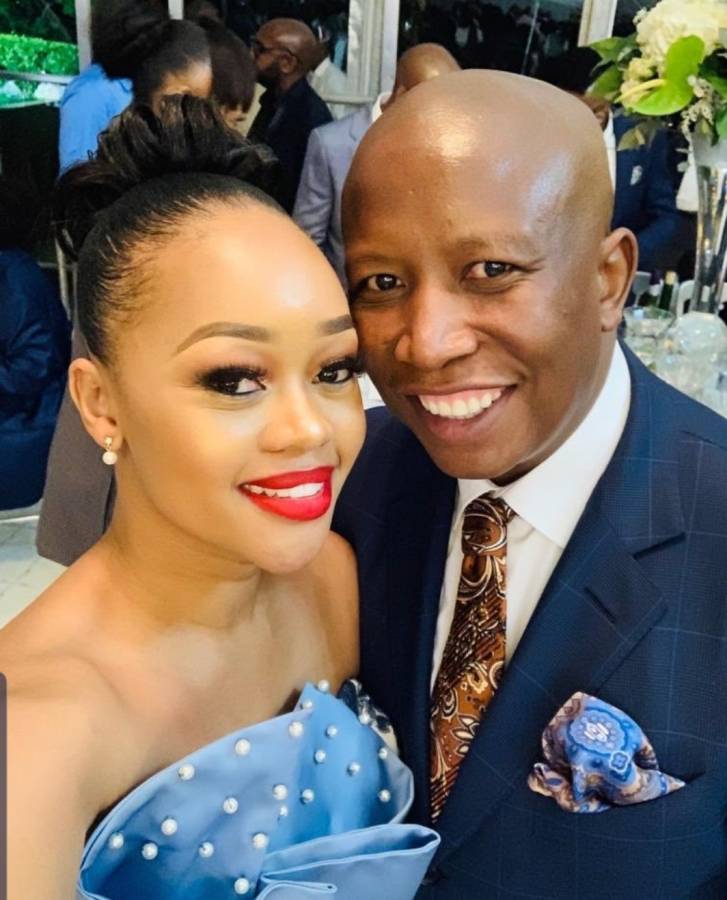 Leader of the Economic Freedom Fighters (EFF) Julius Malema is celebrating eight years of marriage with his wife, and he cannot be happier.

The controversial politician took to his verified Instagram page to celebrate his wife and their almost one-decade union. The picture he shared showed him and his wife similarly outfitted in black and looking so in love with each other.

In the caption to his post, he boasted that his relationship with his wife is a sterling example of black love. He also noted that they have been married for eight years and the secret to their bond is their being best friends.

And even in their challenges, there is none standing between them. hey are standing strong together he ended up by not only wishing her a happy anniversary but also noting that he is madly in love with her. You can check out the post below. 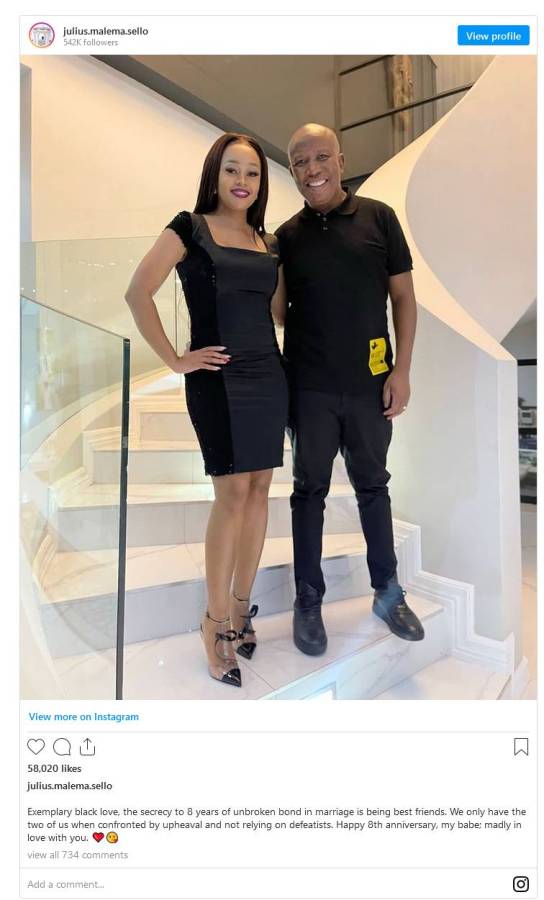 Julius Malema’s wife Mantwa Matlala is hardly in the news but is largely seen as one of the driving forces behind her husband, with whom she is hopelessly in love.

By the way, celebs and fans alike were in the EFF leader’s comment section to wish him a happy anniversary